“I’m a Monk Who Wears Heels”— the Story of Kodo Nishimura, Who Is Also a Makeup Artist and an LGBTQ Activist

Stilettos, a stylish ensemble, and glamorous makeup are not usually things that you would expect to see on a monk. Well, Kodo Nishimura is anything but ordinary. He is ancient and trendy at the same time. And he is blurring the lines of societal biases by proving that life is not just black and white — it can be a palette of rainbow colors too.

Bright Side supports people who are champions of living one’s true identity, so we reached out to Kodo and we would like to share his inspiring story with you.

Kodo was raised in a temple in Tokyo where his father is a Buddhist priest. 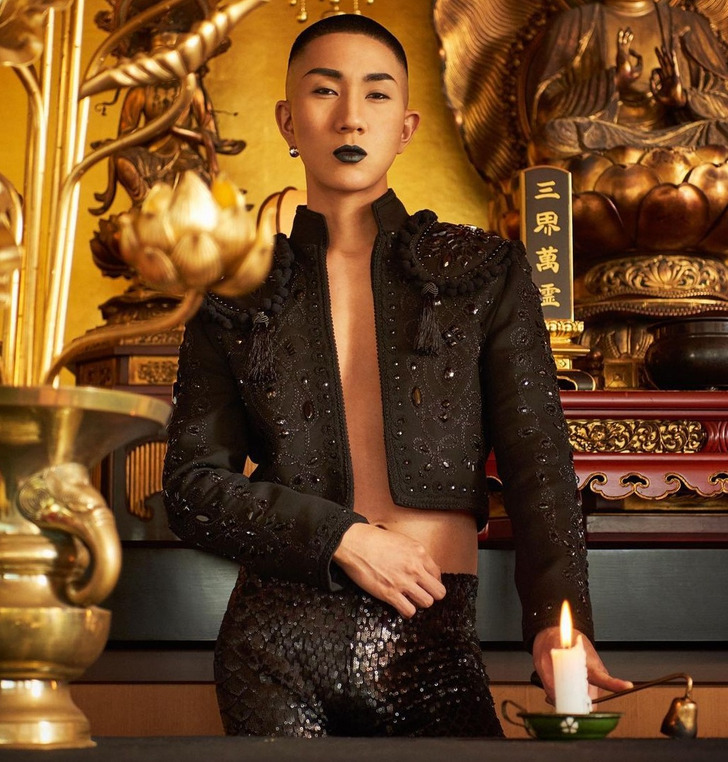 Kodo grew up watching his father preside over religious ceremonies. But even if he was accepting of their faith, he did not feel any desire to follow in his parents’ footsteps. Apparently, little Kodo’s heart longed for something else. 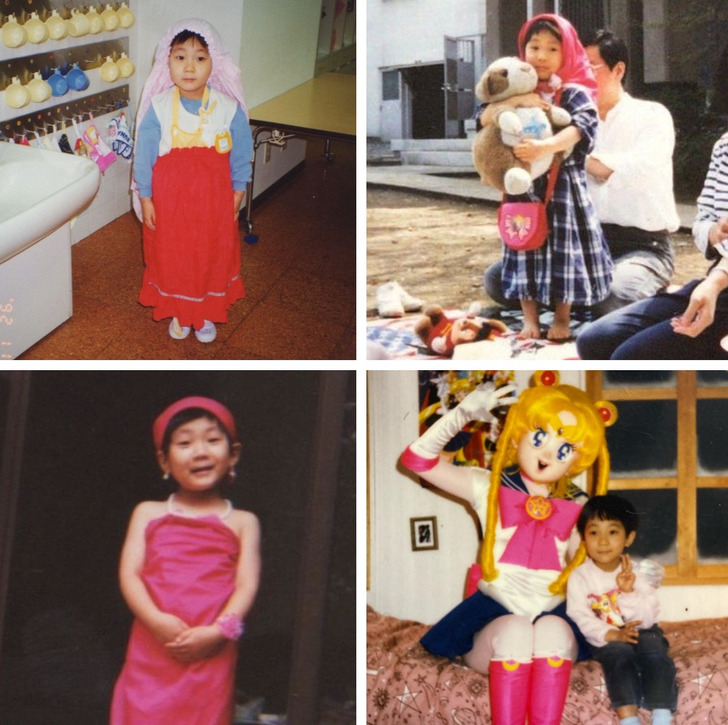 “I used to role-play as Disney princesses. I would wrap a cloth around my hair to make it look like long hair, and I wore my mother’s skirt and twirled to songs from the Beauty and the Beast movie,” Kodo told Bright Side.

In one article, he shared that he admired strong female leads from Disney movies and Japanese anime because they proved that women can break away from the quiet and naive stereotypes. 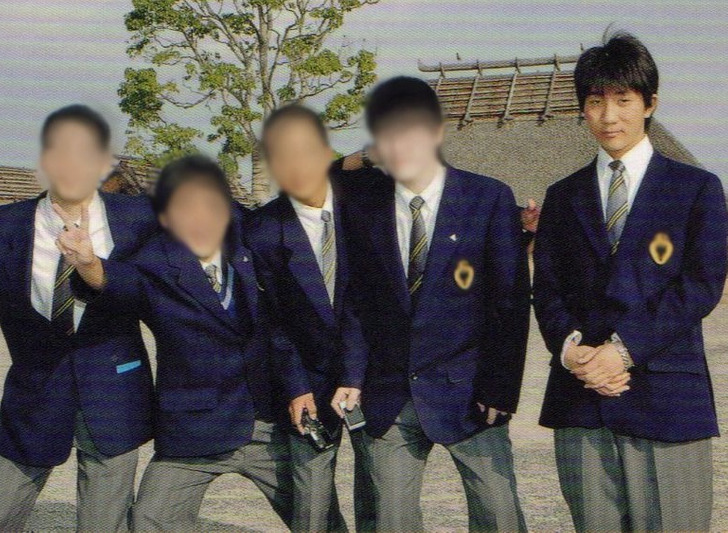 Kodo realized he was attracted to boys when he was 3 years old. His mother had a hunch too, especially when, at around 5 years old, he started telling her that he was a girl.

“When I was growing up in Japan, it was hard to be gay. I constantly saw LGBTQ characters portrayed in the media as villains, so I was very scared that I could be perceived as such if I were to come out.”

Kodo’s love for art and Broadway musicals brought him to New York. 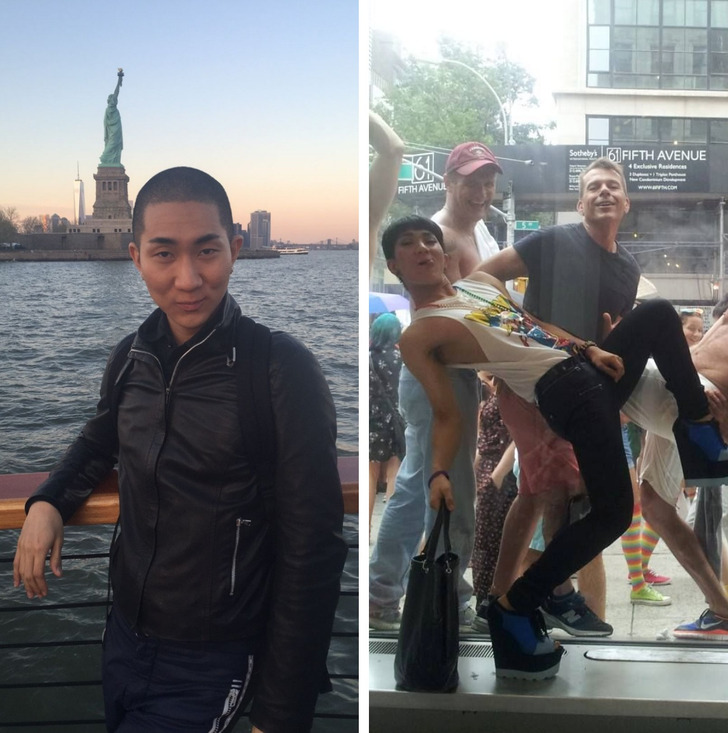 Kodo loved to draw and he also enjoyed watching musical films that were set in the Big Apple. So he went to New York for college and graduated from the Fine Arts Program at the Parsons School of Design. Living in America greatly influenced Kodo’s perspective on gender and sexuality.

“Many people at the Parsons School were part of the LGBTQ community. They really encouraged me to show who I truly am by showing me the example of living expressively and fearlessly.” 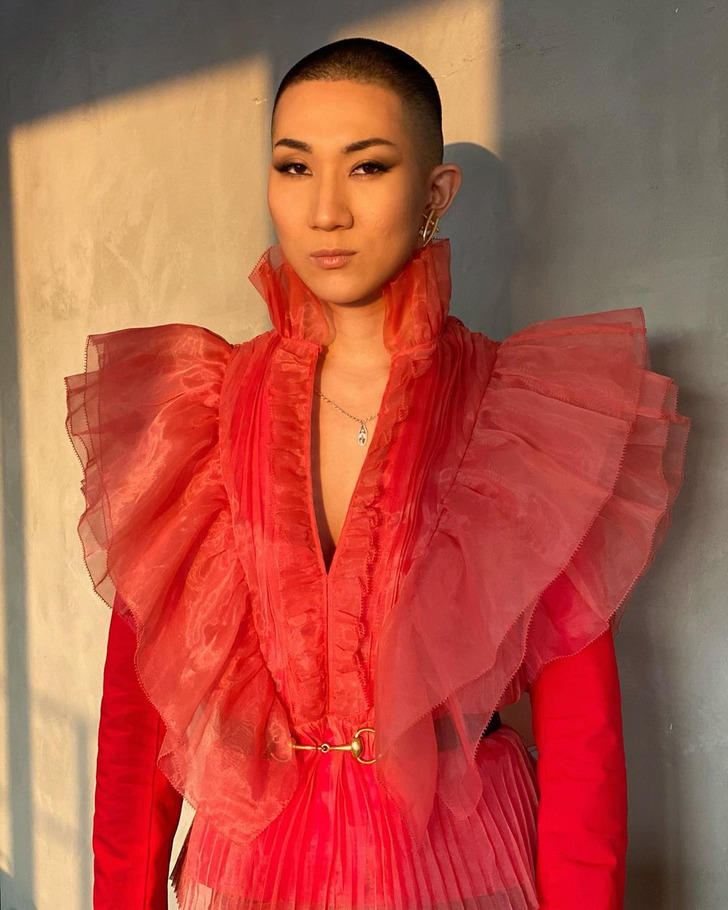 Kodo considers himself as “gender-gifted” because he feels that he is both male and female. At 24 years old, he came out to his parents, and they accepted him and told him that it was his life to live. “My parents correct anybody who is against LGBTQ people,” he added.

His first “brush” with beauty products came after Japan won the Miss Universe title in 2007. 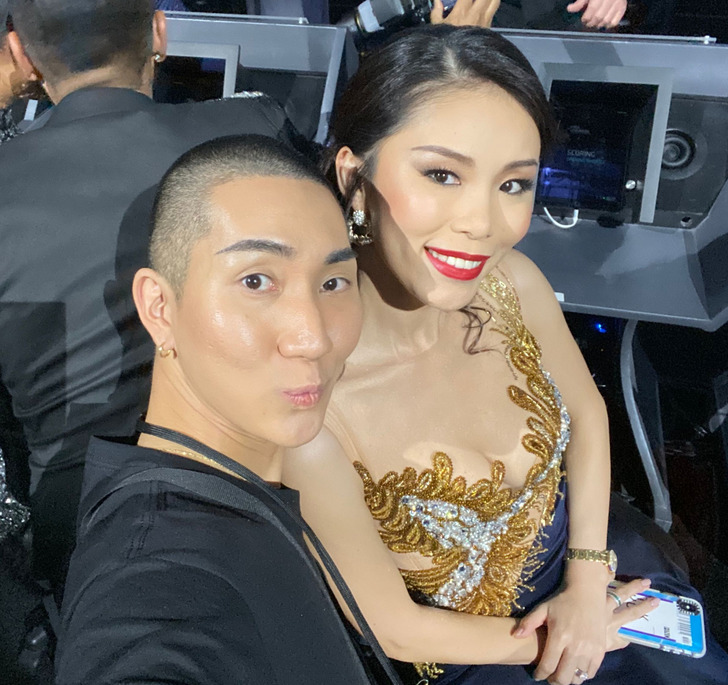 “I started to feel inferior about my ethnicity and compared myself to others. Miss Universe 2007, Riyo Mori (pictured above) gave me hope that ethnicity could not be an excuse to feel that way. She was also rocking smoky eye makeup to accentuate her Asian eyes. This was when I decided to finally try makeup on myself.” 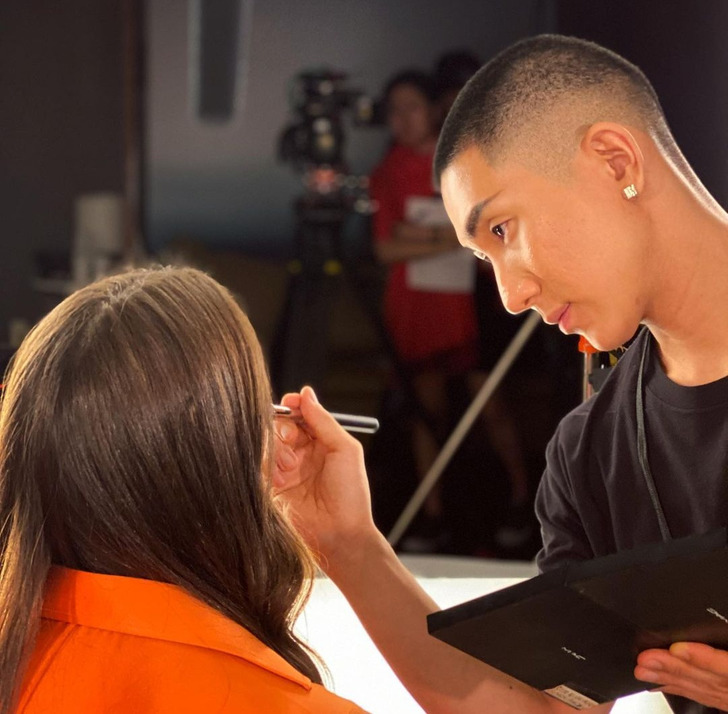 Kodo bought his first eyeliner and mascara and learned how to use them through YouTube tutorials. He described it as an eye-opening and mind-blowing experience. “I felt that I could be whomever I wanted to be.”

He loved how makeup added a glow of confidence to people, so he studied the craft. He eventually became an assistant to a New York-based makeup artist and, from there, his career took off. 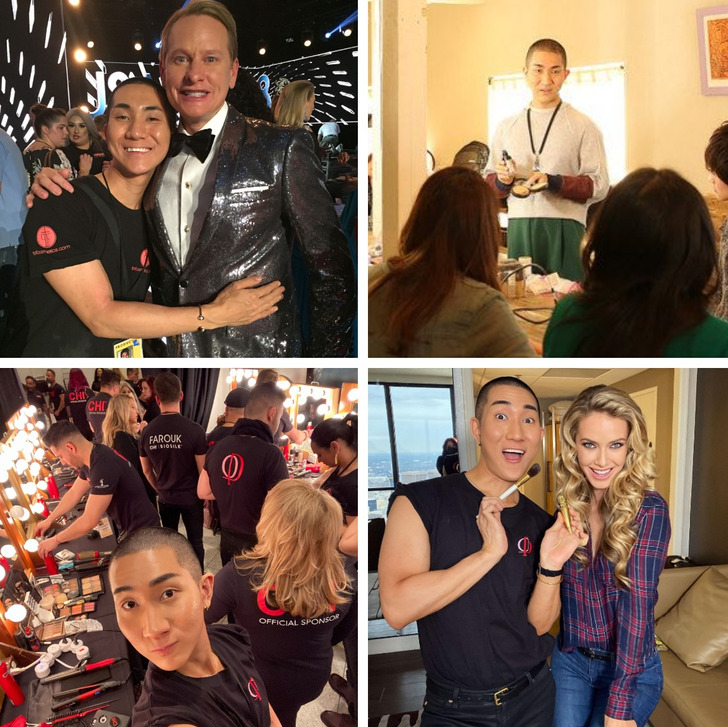 Kodo has worked with major beauty brands and was a guest on an episode of Queer Eye: We’re in Japan. He has done makeup for celebrities and for big events, like the Miss Universe pageant. “My makeup style is glamorous and classy. I like timeless beauty unaffected by trends.” Kodo also shares his talents by giving talks and LGBTQ-friendly makeup seminars.

Kodo embraced his true identity, but he also wanted to know more about Buddhism. 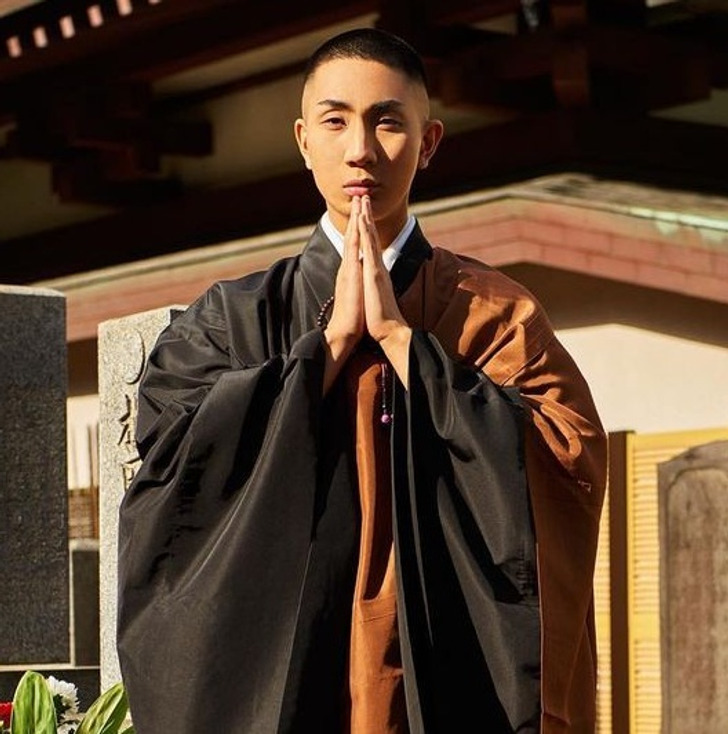 Kodo admitted to being skeptical of their faith when he was younger. But his mother’s wise words made him reconsider — “If you want to say you don’t like the music of Mozart, you have to play his music and study the composition well. Then you can criticize with valid knowledge.” 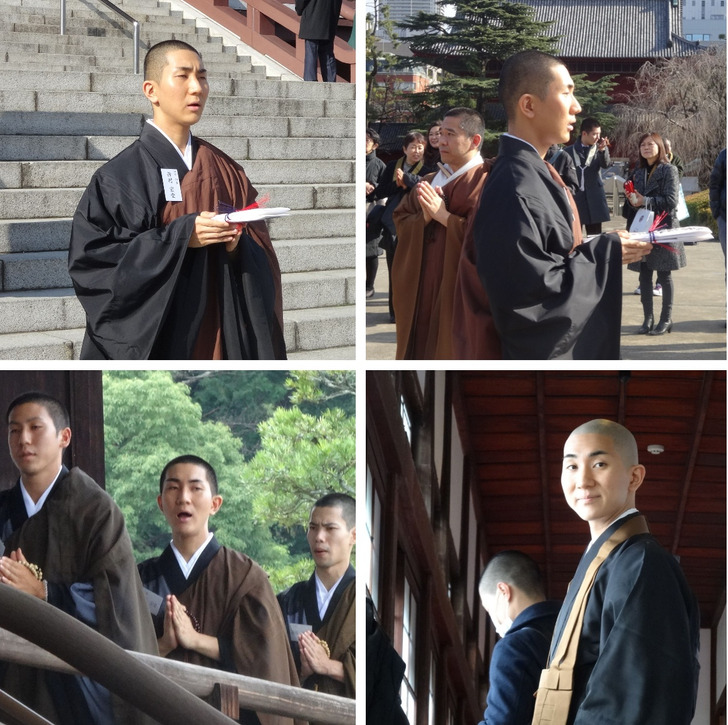 To understand Buddhism, he began his monk training back home. “We chanted for hours and hours every day, I was forced to chant so loudly, until I lost my voice.”

He also sought the guidance of his master, who told him that his sexuality is not an issue and that he can wear whatever he wants — as long as he spreads the teachings of diversity and equality. 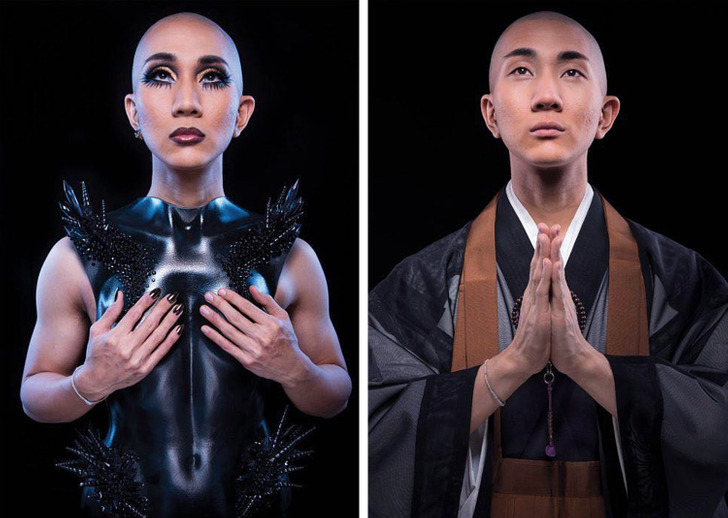 He also inferred not to blindly follow the old rules that do not apply today. “It was a big ‘Aha!’ moment for me. There are many times when traditional values force us to behave in a certain way and they do not make sense anymore. I have to be courageous enough to question them and repaint them if we need to.”

Now Kodo is proving that he can preach about equality, whether he’s wearing a robe or strutting in style. “I use fashion and beauty as tools to encourage people to express themselves unapologetically.”

As a proud LGBTQ+ member, Kodo is fighting for laws that will protect the community. 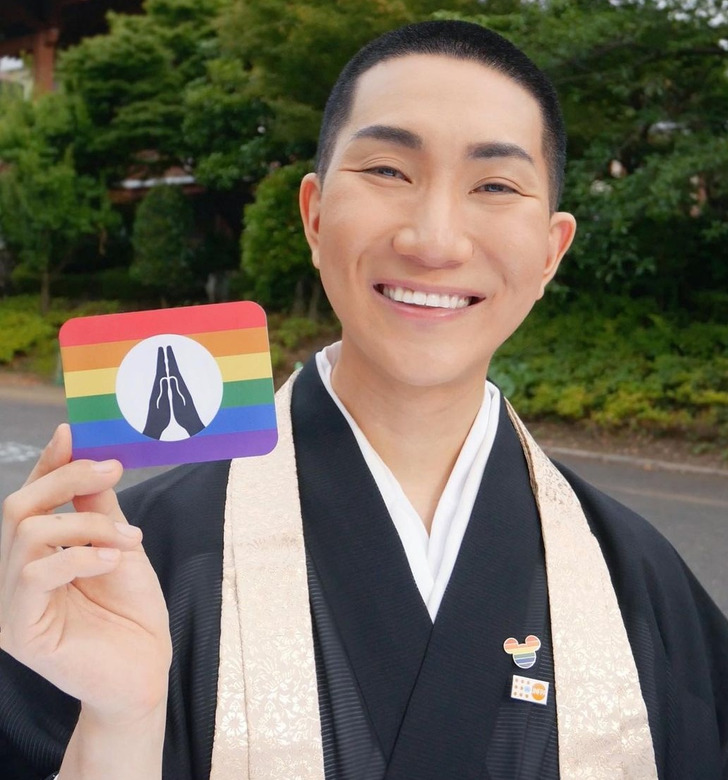 “I would like to see the legalization of marriage equality in Japan. We have some partnership systems that recently started in many areas, but it is not recognized as official marriage by the country.” He hopes to inspire world leaders to be more understanding of diversity so that someday, people will live free of fear.

“When people are hesitant to make a change, I want them to think of me.” 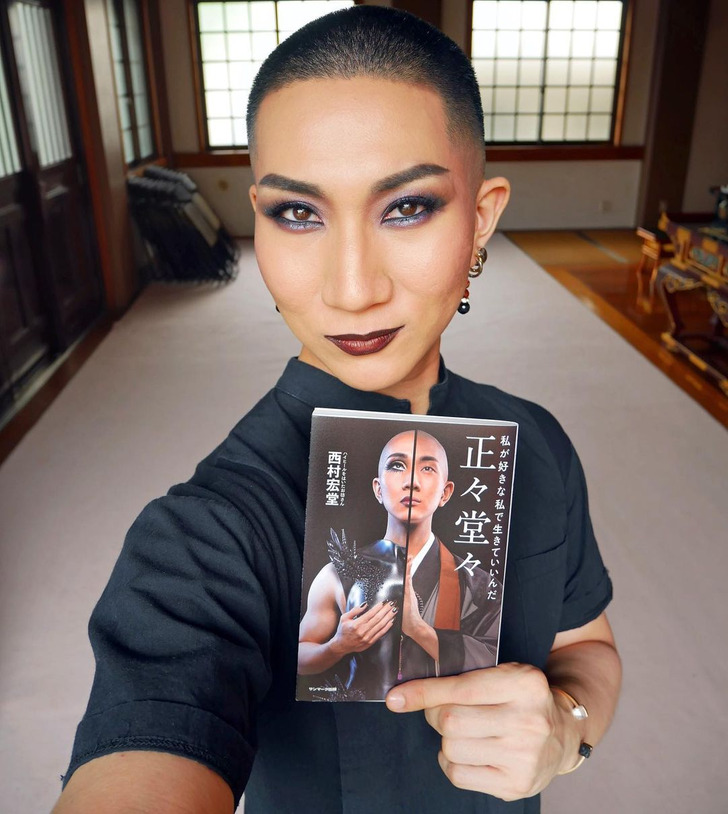 Challenging cultural norms is not easy, but Kodo hopes that his bold actions will rouse others to “listen to their heart and find the courage to follow what it says.”

For people to get to know him better, Kodo released his English-translated autobiography entitled “This Monk Wears Heels.” It aims to help people in their quest for self-identity, and empower them to live confidently. The book covers different aspects of his journey and includes some fun exercises for “self-love” as well. 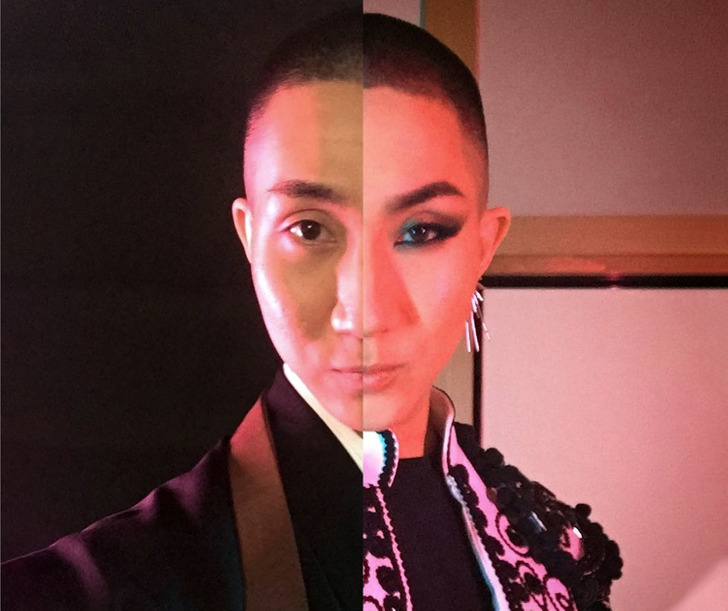 “Freedom of self-expression is a right that should be available for everybody. I want to contribute to the world so that people feel safe and healthy enough to pursue their dreams and shine brightly in their own color.” 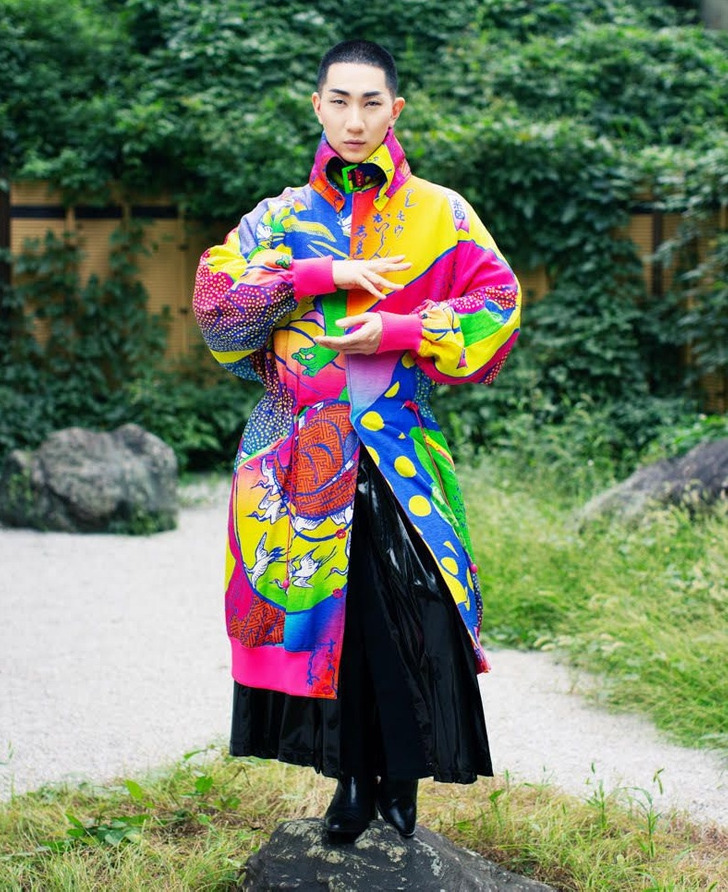 What did you find most interesting or inspiring about Kodo Nishimura’s lifestyle? Have you also found and embraced your true identity?